The new version of web base software will have an annual maintenance fee of RM360.00 per year. 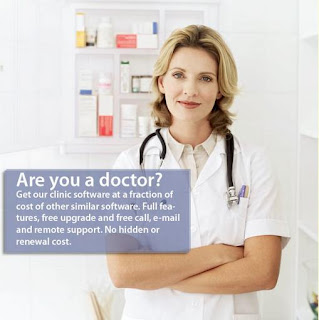 Current customer can opt to remain at their current version, which is free maintenance  for life if technical support via online ( currently 99% of technical problem can solved online ) or can upgrade to latest version with annual maintenance fee if they want to upgrade.

Those who have inquired but yet to order must order before the new version launch if they want to pay the old price without maintenance.

Once the new version has been launch. Current or old version will no longer in market for new customer unless they have installed before the new version launch.
Posted by Arbirage at 21:06 34 comments:

Klinik Radha of Chemor, Perak has been using a leading Clinic Management Software for many years.

However, they constantly facing technical problem, but technical support of that company unable to solve such problem after numerous attempt.

Eventually, they decided to replaced it Clinic Management Software.

The new software installation stated on 17 May 2018 and Data Migration ( Patient particulars only excluding patient consultation record ) completed on 31 May 2018.

Initially, the company still facing networking problem as few computer within their clinic still encounter problem , or slow in communicate with each other. 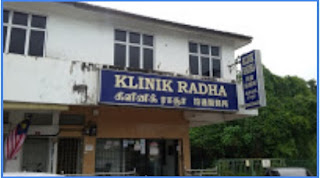 Soft launch of our store at Youbeli.com

We hereby announced soft launch of our store at Youbeli.com .This online store will be focus on categories different from our store at Lelong.com.my . More emphasis on Beauty & Healthcare product.