Workers have been urged to sustain development and economic growth through managing occupational safety and health (OSH) in the workplace.
According to a study conducted by the International Labour Organisation in 2014, an estimated 2.3 million work-related deaths occurred annually worldwide.
Work-related diseases had accounted for 2 million deaths while the others were due to occupational accidents.
Human Resources Minister Datuk Seri Richard Riot said in Malaysia, there was a decreasing number of an industrial accident from the year 2010 to 2014. However, the first four months of this year saw an increasing trend in the number of industrial deaths.
He said a well-designed OSH management system could help to reduce accidents at work, increase efficiency, improve productivity, boost workers morale and enhance quality of products. 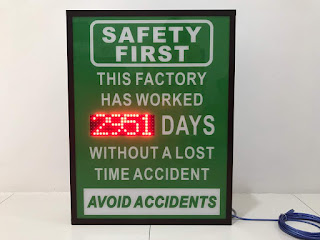 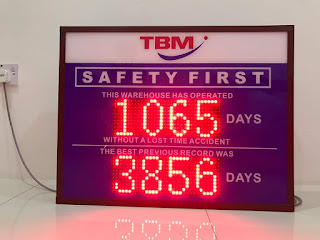 There is a critical shortage of occupational safety and health (OSH) officers in the country with only 1,000 of them to cater to four million workers, says Human Resource Minister Datuk Seri Richard Riot.
He said the number of workers increased each year but not technical OSH officers.
“The existence of OSH competent officers is important to deal with OSH challenges,” said Riot, adding that among the challenges were changes in technology, increased task complexity, and increased workload of Department of Occupational Safety and Health (DOSH) officers.
“There are only 1,000 officers to cater to four million workers from 173,000 workplaces registered with the department in 2016,” Riot said after officiating at the closing ceremony of Malaysian Technical Cooperation Programme 2016: Occupational Safety and Health Competency Management training here yesterday.
Despite the shortcomings, the ministry is targeting to lower the number of industrial accidents each year.
“In 2015, the number of accidents decreased to 38,753 cases compared to 49,598 industrial cases reported 10 years ago. Analysis reported that 7.24 fatal accidents occurred for every 100,000 workers and 4.77 accidents for every 1,000 workers in 2006,” he said.
Last year’s analysis showed a big decrease, recording only 4.84 fatal accidents per 100,000 workers. The rate of accidents per 1,000 workers went down to 2.81.

“I urge all stakeholders in Malaysia to work together to reduce the occurrence of industrial accidents.
“Safe workplaces will attract more foreign investments into the country because investors would likely invest in countries that have lesser industrial accidents so they can maximise their investments and reduce operation costs,” said Riot.